Bronze for the Ladies!

On the 10. June 2018 we played our last game of the season against Olten Saints. The game was really thrilling but fair, and we had lots of fun. The result was very close but finally we made it and got that 3rd Place of the league finals, with a 13:11 victory. Everyone did very well and we enjoyed playing this game really much! 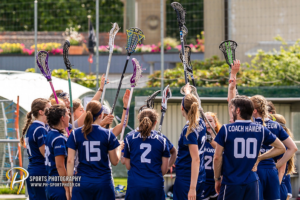 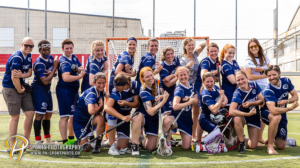 With perfect sunshine and highly motivated, we started a nice game on this Saturday afternoon. The passing was really good from everyone and so was the teamwork. We could score many goals but there were also some strong actions from the Wolfpack. We had much fun playing this game and could end it with a victory of 19:9. Thank you Wolfpack for this nice and fair game!

The nice weather outside gave us perfect conditions for a great game this saturday: Lions vs Titans. It was a thrilling and really fun game to play and in the end the titans won 14:8. Our thank goes to Bern for this nice game and we are looking forward to our next game in may! 1…2…3… Zürich Lions… ROARRR!!

The 15th of April brought perfect weather for our game against the Olten Saints. The game started off with Hannah Bröcker scoring the first goal of the game within the first three minutes and the second game goal two minutes later. Without having a set plan in attack and game day jitters, shot after shot on goal were taken throughout the first half of the game. The amount of play amongst defence and offence were pretty similar as the ball continued to be carried back and forth, up and down the field. In the second half, we practiced a lot of our plays and continued to stay in the lead. The last of many goals was scored by Laura Rickli, closing out the game with the Lions winning over the Saints 19:8.